Southern California’s housing market is headed toward the spring shopping season with strong price gains and a steady improvement in sales. 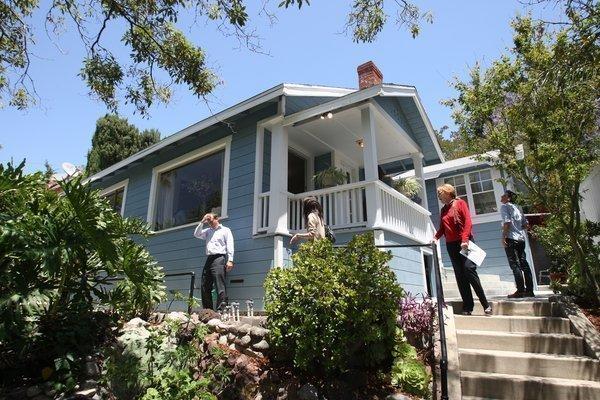 The March numbers were reported Wednesday by DataQuick, a real estate information service.

While some analysts have voiced concern about the potential for speculation in certain fast-gaining markets, many also note that a sharp recovery should be expected given how far home prices fell during the bust.

“It’s remarkable how much the housing scene has changed in a year,” DataQuick President John Walsh said. “We’re seeing the release of a lot of pent-up demand, especially in the middle- and higher-priced neighborhoods where activity had been sluggish for years.”

The median, which is the point at which half the homes sold for more and half for less, was at its highest level since July 2008. The increase in that price measure has been driven not only by improvements in value, but also by a change in the kinds of homes selling across the region. Fewer foreclosures sold in cheaper neighborhoods means the overall number looks better.

The number of absentee and cash buyers were near record levels. Absentee buyers bought 30.6% of all homes, while people paying cash bought 34.1% of all homes in March.

Home flips are also becoming more popular. In March,  6.1% of all homes sold had been sold previously in the six months prior. That was down from 5.7% in February but up from 4% a year ago.